Before 1908, a Dr. Haskins operated a four-bed hospital in a two-story frame house in the 200 block of West B Avenue in Kingman, Kansas.

In 1908, a Mrs. Pence opened the doors to Pence Hospital to accommodate the growing healthcare needs of the community. Located in the 400 block of North Lincoln Street, Pence Hospital boasted 12 rooms and a nurses training program - one of the few in this area. An interesting highlight of the period of Pence Hospital is that the nurses maintained a garden and canned all the produce for the hospital's dietary service. Four years later, the hospital sold to Dr. Harry Haskins and Dr. William Callahan.

Kingman Memorial Hospital opened in August 1934. Funding began with a sum of money left from a World War I fund used to provide entertainment for the troops, plus local donations and a gift of land from Charles Rayl. Two additions in later years brought the patient capacity to 36 beds. This hospital also had a nurses training program.

In February 1948, Dr. J.B. Donley opened the Donley Osteopathic Hospital and Clinic. Early in 1950, Dr. Donley's son, Lester, joined him in practice. They operated the hospital until June 1970. At that time, in updated facilities financed by city industrial revenue bonds and private donations, both the Memorial Hospital staff and the Donley staff began practice in Kingman Healthcare Center.

A groundbreaking ceremony in July 2002 marked the beginning of a building project that brought the facility size to about 50,000 square feet. Funded by hospital revenue bonds and completed in 2003, the project cost was just under $2 million. The addition houses the Oncology Department, five exam rooms, a procedure room and a physician workroom. Administrative offices and Admissions were relocated to the addition, making possible the expansions of the Cardiac Rehab, Nuclear Medicine and Dietary departments.

In 2020-21, renovations were made to the Family Clinic, which moved from the Medical Arts building to the main hospital building, and the Rehab Services department was expanded and relocated.

April 2021 brought an updated identity, logo and brand to the hospital as it changed its name to Kingman Healthcare Center. The inclusion of healthcare in the name was meant to signify proactive efforts to elevate overall community health, with a focus on whole health and preventive care.

Today, we are proud of the positive changes and growth in our history. We remain dedicated to providing primary and specialty care services for patients of all ages, as well as identifying the most pressing health issues affecting our community so we can lead the way toward a happier, healthier Kingman.

Here you will find a research library to tens of thousands of health sources where you may read and examine health topics of interest to you. 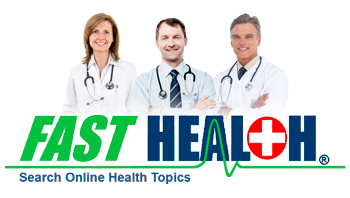